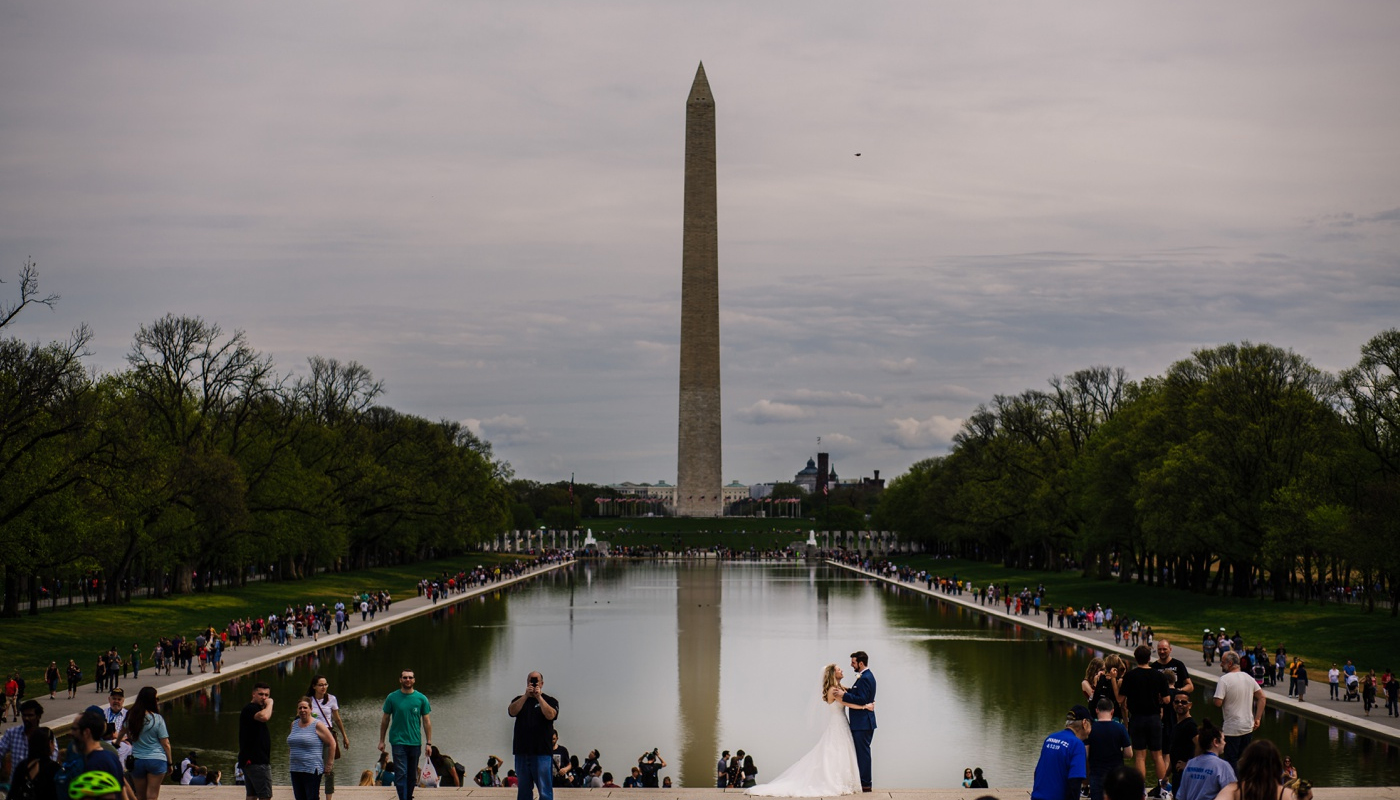 Jenny and Dean were married this past Saturday at the DC War Memorial on one of the busiest and most beautiful days of the year!

From the Bride: “We met for our first date at Sweetwater Tavern in Centreville.  We both realized during that first date that we shared a lot in common and there was something special going on. There was a spark on many levels! We share a love of music, concerts, and travel.  Dean proposed one evening  while I  was sitting on my couch in my pajamas after a long day at work. It was completely unexpected and could not have been more perfect. Dean chose that special day because it was the day his departed brother’s grandson was born just a few hours earlier.”

Jenny and Dean’s wedding happened to fall on the same day as a Washington Capital’s playoff game, multiple parades in DC, Spring Meetings at the World Bank and International Monetary Fund, and I’m sure much, much more. Needless to say, it had a bit of an impact on photos. Traffic was significantly more congested than usual (making Jenny a little late to the ceremony and causing a *wee* bit of stress) and there were more people than I had ever seen in the streets and around the monuments. It was absolute chaos! But it was also perfect. Dean and Jenny were so blissfully happy to be marrying each other that they LOVED the fact that there were crowds and wanted to embrace it in their photos! And to be honest, it added SO MUCH to their day! From getting handshakes from veterans, to crowds of people erupting in applause as soon as they saw them, to strangers yelling congratulations, and little girls gasping at the sight of a real live princess… it made the day even more special.

Dean and Jenny had 25 of their closest friends and family members at their wedding. They had people travel from all over to be there with them and the gratitude they had for everyone’s desire to be there for them was truly beautiful. This wedding truly felt like a family affair. Here are a few of my favorites.