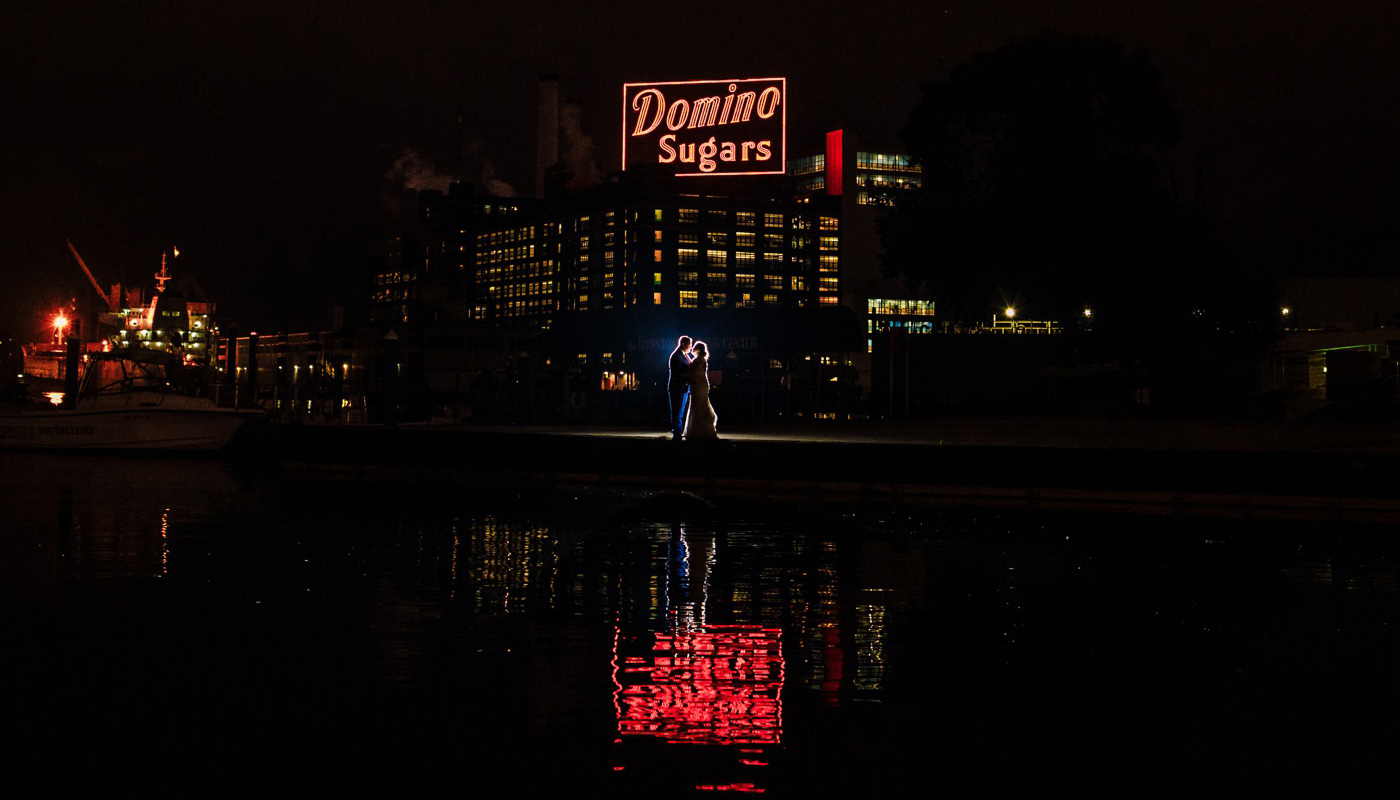 Posted in Weddings by Brea 4 Comments

Amanda and Matt’s wedding this past weekend at the Baltimore Museum of Industry was filled with equal parts chill, fun, and love.

From the bride: “We met online and only months later realized Matt was telling people the truth about how they met while Amanda was lying. Oops! Matt also never lets Amanda forget that she was 10 minutes late to their first date since she’s a stickler about being on time.

Matt and Sammi (the dog) moved in to Amanda and Lacey (the cat)’s place  after a year and a half of dating and several “trial run” days to make sure the pets got along. Matt proposed in July 2017 in front of a beautiful spot on the harbor after brunch (Amanda’s favorite thing!) at Wit and Wisdom. A photographer friend was there to capture the whole thing and told us later that there were large gold mylar balloons on the other side of the harbor throughout all of brunch that spelled out “marry me”- he was so afraid Amanda would see them! Turns out she had, but thought they were a group of tubas. She clearly needs glasses. We went back to Wit and Wisdom on our engagement-anniversary this year so that Matt could actually enjoy brunch, since he was so stressed the year before!

We’ve been planning the wedding ever since and are excited to throw a huge party for our families and friends. We’re constantly reminded as we look back over the last few years that things happen for a reason. Had we met earlier in life, like college, Matt’s frat-boy-attitude and Amanda’s summa-cum-laude personalities never would have matched! Now we’re older and wiser and bring out the best in each other.”

Amanda and Matt are so easy going and so easy to get along with. Our time together for their engagement session was effortless. We had so much fun hanging out and taking pictures exploring Patterson Park and Fells Point, we knew their wedding day was going to be a blast – and even with super high expectations, it did not disappoint! Their friends and families were so sweet and so much fun to be around, and like Amanda said in their little story above – they truly bring out the best in each other. It was such an honor to be the ones chosen to capture such a beautiful day. Here are a few of our favorites.