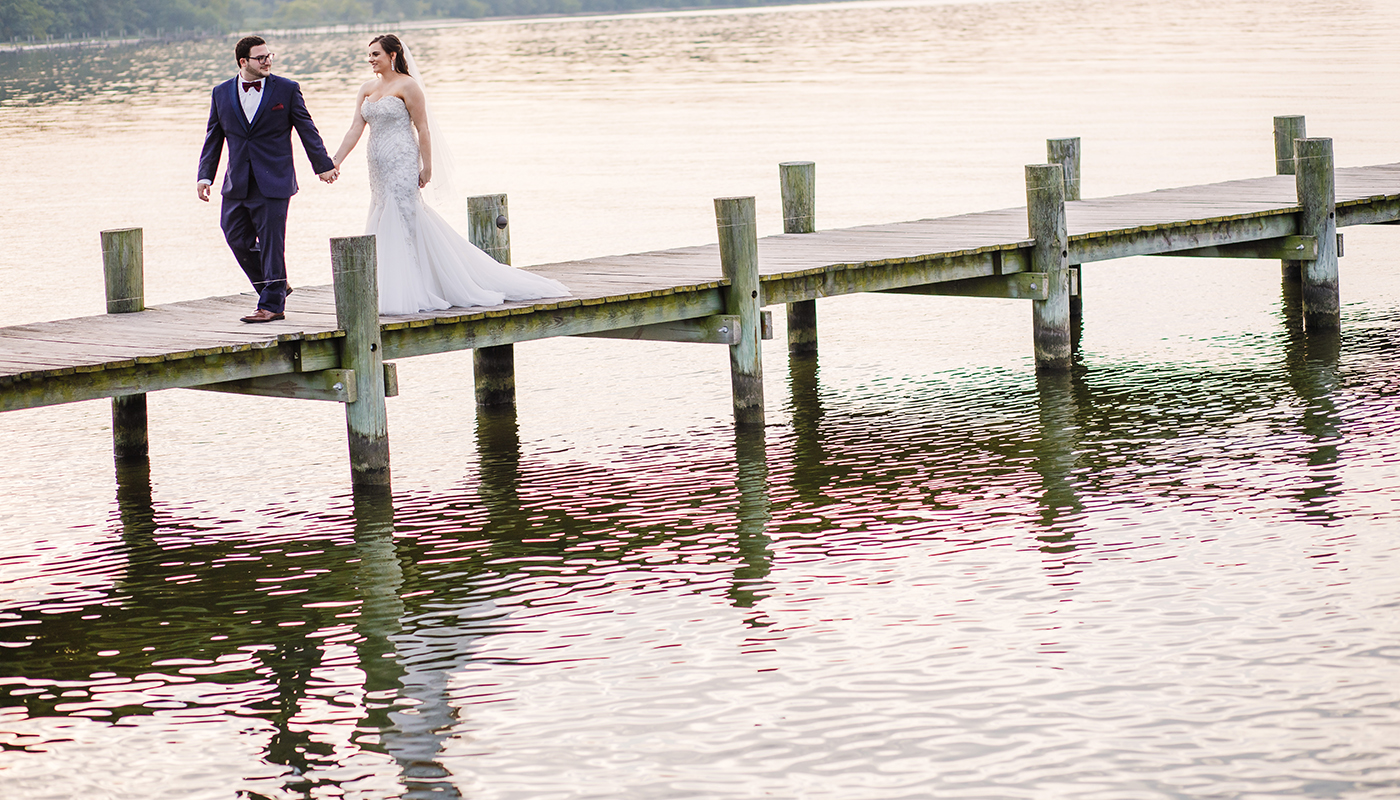 Jason and Veronique were married this past weekend at Herrington on the Bay followed by an epic celebration!

“We met in high school through mutual friends. We dated for a few months. It was a shit show and we didn’t talk for 5 years.

Fast forward 5 years, we had both gotten out of long term relationships and Jason convinced me to give him another chance. On 4th of July in 2015, we officially decided to give this thing a second go. A year later, we moved into our home in Reisterstown together and added some fur babies to our little family.

In December 2017, the two of us went on a day trip to Disney while in Florida with Jason’s family. Ariel had been my favorite thing in the world growing up and I was only a tad bit obsessed (literally walking down the aisle to Part of Your World). We got Fast Passes to meet her and take photos whenever we got to the park. That’s when Jason got down on one knee!”

Veronique and Jason’s wedding at Herrington on the Bay had it all – a fake first look with the Best Man, a puppy flower girl in a tutu, triple digit temps, gorgeous portraits, fireworks, sparklers, a kick ass couple who shared heartfelt vows (written in Comic Sans lol), and an epic celebration. They braved the heat for a ceremony on the Polynesian Lawn (and had an awesome event painter there to capture it for them!) with their reception in the heavily air conditioned Paradise Ballroom. I couldn’t imagine a better day for two awesome people. Here are a few of our faves!

Herrington on the Bay Wedding Photos

Herrington on the Bay Wedding Vendors

Veronique and Jason’s wedding was photographed at Herrington on the Bay in North Beach, Maryland by Breanna Shaw and Tommy Wagner for Photography by Brea. Entertainment was provided by DJ Jordan Solender with Maryland’s DJ. The bride’s hair and makeup were done by Cameron Ross and Infinity Artistry, respectively. Flowers were provided by Maryland Bay Blossoms, with cupcakes by Flavor Cupcakery and cake by Michael Kovens, brother of the groom. The bride’s gown was made by Randy Fenoli and purchased at Betsy Robinson’s, and the groom’s tux was from M. Stein. The bride and groom were surprised with a gift of Patricia Bennett’s talent as an event painter to capture a unique piece of art of their wedding.