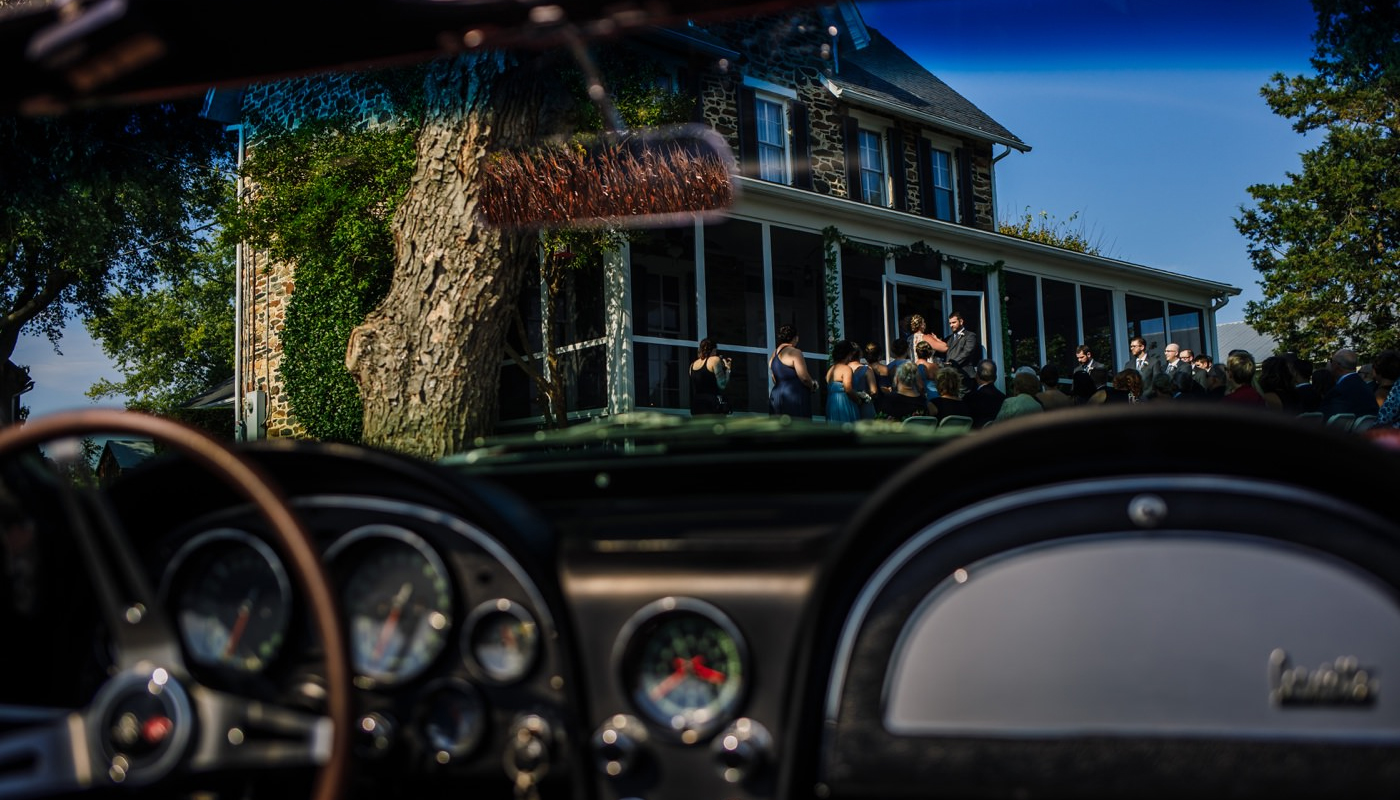 Bailey and Chris’ Maryland farm wedding was the most epic backyard bash of the century!

How they met: Bailey worked in physical therapy as a tech from 2006-2011. Chris tore his ACL the summer of 2015. Chris went to physical therapy after his surgery to repair his ACL. His physical therapist, Juli, happened to be one that worked with Bailey when she was a tech years prior. She texted Bailey asking, “can I give my patient your phone number?” and followed up with wishing he was younger so she could date him, that he was adorable with great eyes and was a giant smart ass. Perfect! Bailey agreed and Chris asked Bailey out. They have been together ever since.

The Proposal: Bailey has always loved balloons. Chris took Bailey out to dinner on the night of September 29, 2018. While they were at dinner, he had Bailey’s friend, Candace, come over to their house and fill the dining room with red and white balloons. Stretched across the china cabinet were gold foil balloons that spelled out “will you marry me.” When the couple returned after dinner, Chris dropped Bailey off at the end of the driveway and told her to get the mail. He then sped up the driveway, ran into the house and slammed the door behind him… how rude. When Bailey opened the door, she was greeted by all the balloons and then Chris came out and got down on one knee. He started to talk and had a little speech prepped. But Bailey, in her true form, couldn’t stop laughing… and then crying, and telling him to “shut up,” that he just said screw it, “will you marry me?” He still hasn’t told Bailey what all he was going to say…

When Bailey and Chris first met with me about their wedding they expressed that there were a lot of things about their wedding that they were sharing with other family members. The venue being one of them. Several of their friends and family have gotten married at the same farm where they held their wedding this past weekend. So it was important to them to not only have a unique photographer with a unique perspective, but to make the day feel uniquely them.

Bailey has endless personality, is the life of the party and gorgeous to boot. She laughs from her belly and loves from her core. Chris is sweet and loving and most importantly– can keep up with Bailey. They make an incredible pair and after their engagement session this past spring we were counting down the days for their wedding. It did. not. disappoint. So much love, so much laughter, and the craziest party of the year. I don’t know how they did it, but somehow a 320 person wedding felt as intimate and loving as a 50 person wedding. Here is just a small sampling of the magic from this past Saturday.

Bailey and Chris’ wedding was photographed by Breanna Shaw and Tommy Wagner with Photography by Brea (with an assist by Brooke!)