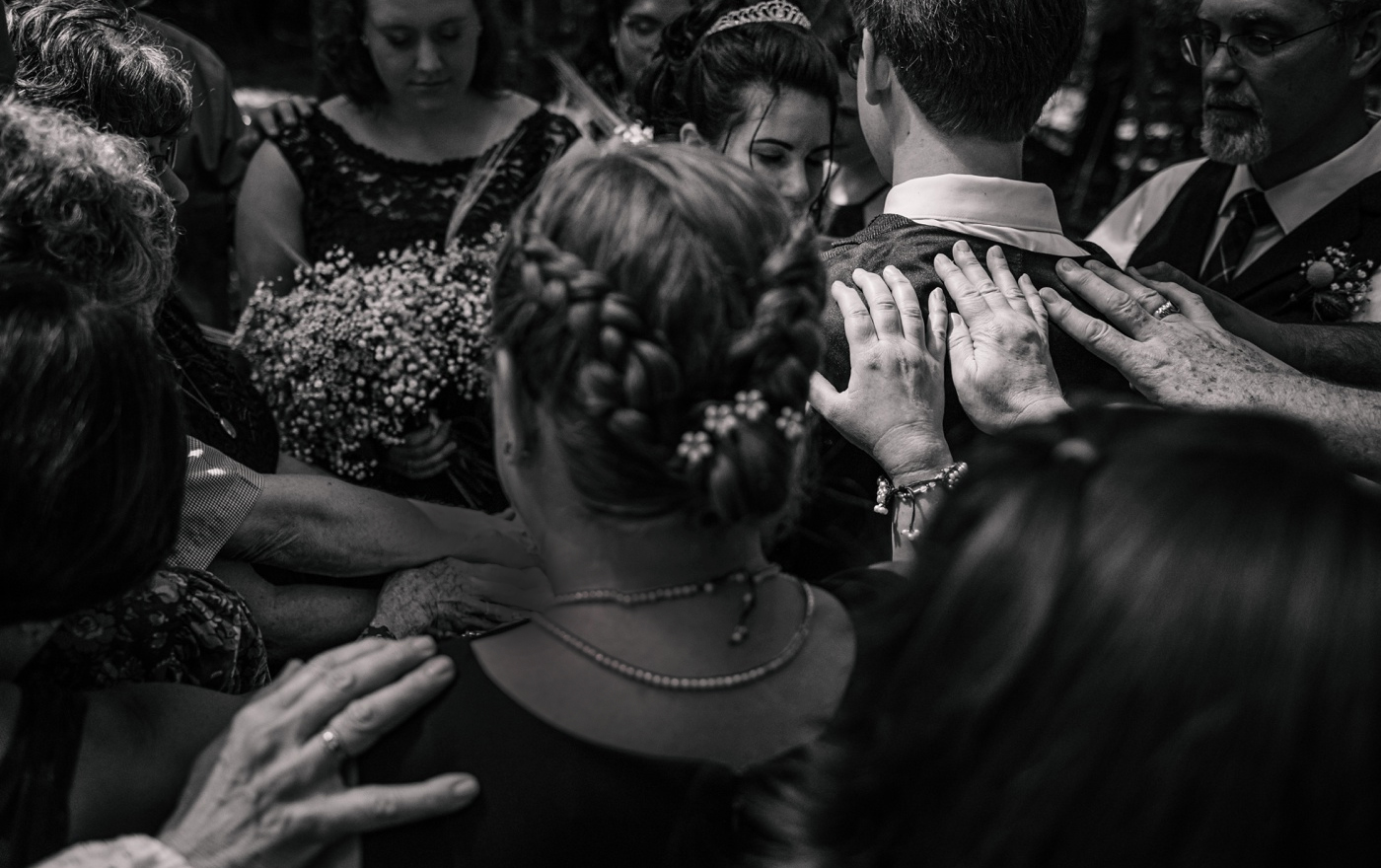 Posted in Weddings by Brea 3 Comments

Shannon and Micah were married at Rockwood Manor this past Saturday surrounded by their closest friends and family. Their wedding felt like a family reunion… yummy food, puzzles, games, dancing… they made it a point to create space for people to enjoy their time together however they wanted to. It was awesome.

Shannon wrote out the sweetest narrative of their story. Instead of condensing it to something shorter, I decided to include the whole thing because it’s so cute!! From the bride:

Micah and I worked together at CLCC during the summer of 2015. I had told Tomi as a friend and coworker and mentor, that I was open to dating. Next thing you know,  on September 29, 2015, Micah asked me out on a date (MY FIRST REAL PLANNED INTENTIONAL DATE ). We went mini golfing and got ice cream afterwards.

When people ask us how we met, which comes up a lot more frequently when you’re engaged, I like to say that I’m marrying my boss’s son.

Yes, there are some interesting dynamics at play here, but we wouldn’t want it any other way. And, I mean ,Tomi is technically by boss, but we would never describe our relationship in those terms.   Tomi did (and continues to) play a large role in Micah and my relationship. There were a lot of issues I needed to work through before I was ready to admit that I was in a relationship with Micah. And he has been so INCREDIBLY patient with me.

One of my favorite memories from early on was when we went to the pumpkin patch. I spent the entire time wandering around the corn maze, trying to explain gently that I wasn’t ready to be in a relationship. He told me, “I’m in this for the long run.” It was a facepalm moment for me then, but Now, there’s so much truth in these words he said to me. I know that this love we have is here to stay and I can count on him To Infinity and Beyond. :)

January 2018. It’s the Wallberg’s annual family trip to Disney World. It’s my 2nd trip with the family. My mom and brother are coming this year for the first time. Anyway, it’s Sunday, January 14th. Tomi had not scheduled anything on this particular day on My Disney Experience, so I took the liberty of getting fast passes for Test Track and spending the day at Epcot International Festival of the Arts. Well, change of plans. Tomi said we were going to go to Magic Kingdom and do this scavenger hunt she had gotten from the Johnson’s.

If you know Micah, you know that being surrounded by people and waiting in lines at amusement parks is not his idea of a good time. He comes because he loves spending time with his loved ones. On this day Micah was going to hangout at the treehouse, do some biking, do some school work, and meet up with us later.

Now, I’m a bit peeved at this point with the change of plans, but this scavenger hunt idea sounds like something Micah would like. So I tried to convince him to join us to no avail. Miri encouraged me to have fun in spite of him. Ha. WELL WE ARE WEARING OUR MATCHING FAMILY SHIRTS TODAY!

We met up with my mum and K.C. at Magic Kingdom and started the hunt. More than once I called Mic to tell him it was really fun and that he should get his butt to the park and join us.

We were coming to the end of the scavenger hunt. The first half of the clues had spelled out TO INFINITY AND BEYOND. It was past lunchtime and we were going weary. We had set up camp in Tomorrowland and were trying to unscramble the last part.

I got it! MEET ME AT THE CASTLE.  Finally, we were done! I was ready to get food. But everyone was so insistent that we go to the castle. I just wanted food. “There’s not going to be anything at the castle,guys!” I mean, they got this from the Johnson’s. It probably was a team game with a race and a winner, but we were just doing this for family fun…. I started to get suspicious at this point. Tomi REALLY wanted us to go to Cinderella’s Castle. Miriam wanted my hair to look perfect. Ben said, “ah the missing members of our family!” It was just Mum and K.C. So Micah was not considered missing….. Then, as we were walking to the castle, I turned to say something to Miri, and she was about 10 paces behind me with her phone out… TODAY WAS THE DAY.

I got to the castle, at there was Micah, waiting. I ran up and hugged him. He took my hands and started saying words… I have no idea what he said (he did say something “To Infinity and Beyond”). He got down on one knee and asked me to marry him. :)

Like I mentioned above, Shannon and Micah’s wedding felt more like a family reunion than a stuffy formal event. The party was laid back and it was really awesome to watch people enjoying each others’ company all throughout the property. Their ceremony was a celebration of their faith and their love for each other. My favorite moment from the ceremony was when the Pastor asked their wedding party and families to pray over them. What a beautiful way to start this new journey – surrounded by the love and blessings of such a wonderful community. All in all, it was a lovely day for a lovely couple. Here are some of our favorites.