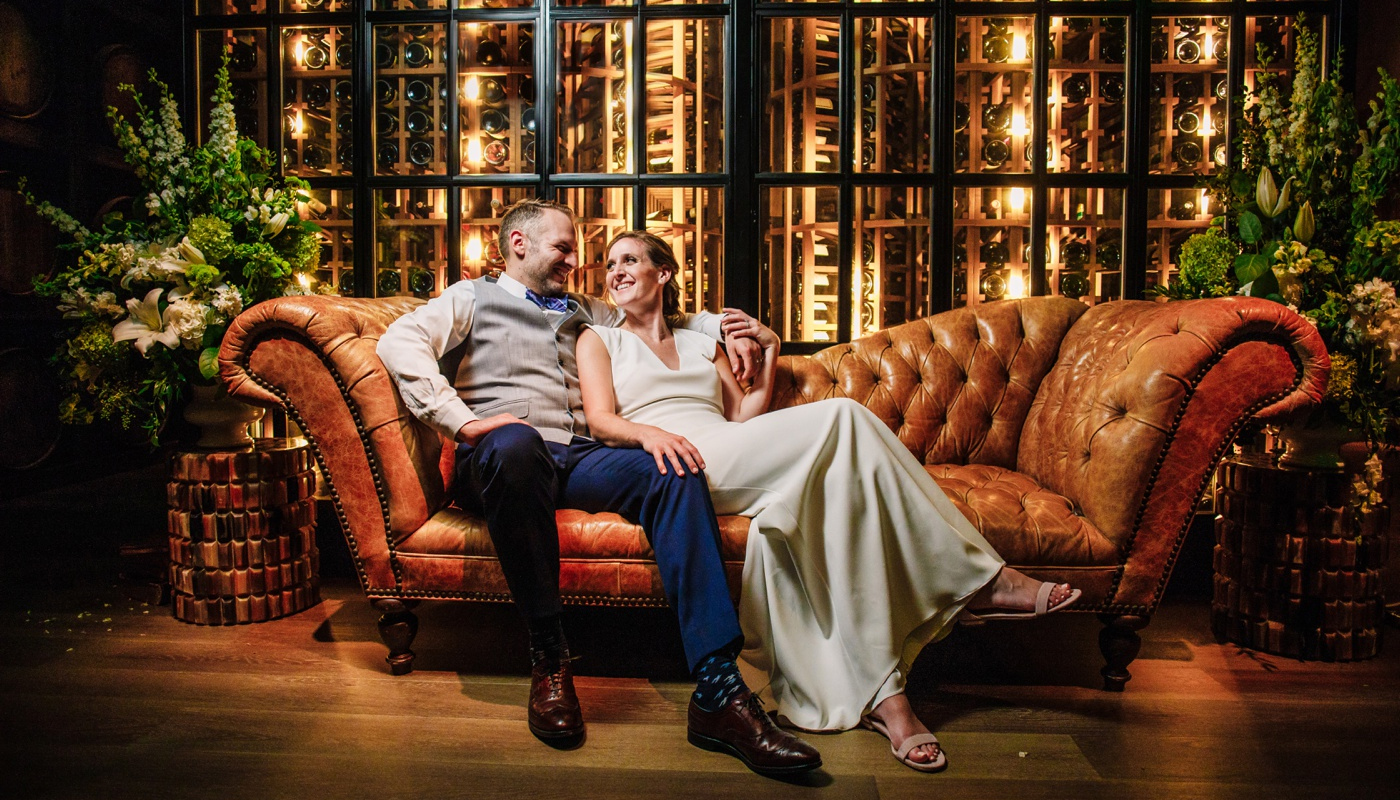 Posted in Weddings by Brea 0 Comments

Gabe and Lorrie were married this past Friday at St. Leo’s Roman Catholic Church in Baltimore with the reception at Rye Street Tavern.

From the bride: “Gabe and I met like a lot of folks do now–online. Besides his pictures–obviously–what drew me in was the line, “the smell of a maritime town” that he had in his profile. Now I can’t remember what its context was, but that’s what hooked me, and in fact, was how I opened my conversation with him. We first started talking over the 4th of July holiday, so I was in Michigan at our family lake house. We had our first date at Red Star shortly after I got back to Baltimore. It was supposed to be at Salt, but he texted that morning saying Salt was closed on Sundays and did I have other ideas. He also texted to say that his face was busted and sunburnt from his outing on his boat with some friends the day before. So, he really wasn’t giving me much confidence. Surprisingly (?) the date went well. He actually had a little piece of tissue on his cheek for the beginning part of the date that I didn’t tell him about until maybe 15 minutes in? Maybe at that point I realized I wanted to see him again, and should be nice and tell him about it? Our second date was to an O’s game and we went to Max’s Taphouse after the game where we met up with some of my friends. I think that surprised both myself and my friends that I would want them to meet Gabe so soon. After we’d been seeing each other fairly consistently, my friends would ask what I liked about him, etc. and I think my go-to line was that he knew when I was getting “hangry” and would always cook for me. Nothing has changed over the past 3 years and in fact Gabe has promised to always make me dinner. And I think that’s a pretty important vow.

“Around last summer we started talking about rings and I had no clue what I was interested in so I went with some friends to a couple stores. Then I went with Gabe and I decided on a shape and style so he at least had that. Then time passed and I honestly wasn’t concerned about about it; I think my friends were more antsy than I was. We had planned a trip to Connecticut (where I’m from) Labor Day weekend because I was running a half marathon and Gabe was doing a 5K. We had an AirBnB on the Long Island Sound and drove up Friday afternoon. We walked to the beach when we got in on Friday after getting some beers at the store and just wandered around. Then headed to dinner. Unbeknownst to me, Gabe brought the ring with him to CT. On Saturday morning we made our coffee and took it to the beach. The tide was out now and the beach was completely empty, so we started looking at shells and crabs and walking around. Then Gabe wandered off and called me over to come look at something. When I made my way over, he was kneeling pretending to look at something, and had the ring in his hand. It was just the two of us and was perfect. The rest of the day Gabe kept telling me the other locations he was thinking of proposing, but he definitely chose the best one. He also told me that he tucked the ring under the passenger side floor mat in the car the night before because he thought he might find a good spot to propose after dinner. Then he left the ring in the car overnight. Needless to say, Branford, CT is safer than Baltimore.”

Gabe and Lorrie’s wedding day was laid back and sweet, just like them. No stress… just love, fun and warmth. I started the day at their home where Lorrie got ready with a few close friends and her parents. Tommy was with Gabe where he was getting ready at a hotel with his brothers and best friend. Lorrie and Gabe chose to do their first look at Federal Hill Park. Their first look was so sweet and many of my favorite photos from the day are from those moments! We took portraits around Fed Hill and the American Visionary Art Museum before heading to the church for the ceremony. This was also my first wedding reception at Rye Street Tavern and I can’t wait to go back! Their event space is amazing and their food is incredible! It was such an honor to be chosen to capture such a wonderful day for a lovely couple – here are a few of our favorites!

Gabe and Lorrie were married at St. Leo’s Roman Catholic Church in the Little Italy neighborhood in Baltimore, their wedding reception was held at Rye Street Tavern and was photographed by Breanna Shaw and Tommy Wagner for Photography by Brea. Planning services were provided by Erin Powell with 1423 Events. Entertainment was courtesy of DJ Evan Reitmeyer with MyDeejay.