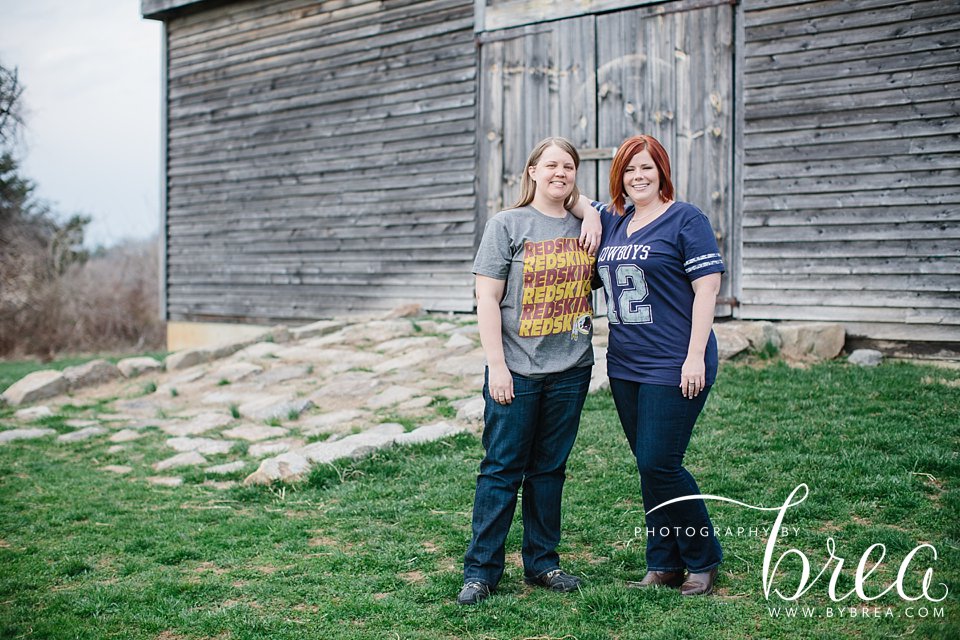 I have been looking forward to this for almost a year. Literally! Sandy and I first talked about her wanting to propose to Heather at her sister’s wedding last May and we’ve talked here and there about it ever since. It wasn’t until this August that we started talking regularly though, it was really going down and she wanted to get on the calendar! Sandy wanted to propose April 11th, the anniversary of the day they met, and she wanted me to photograph it. She had decided that she would book a portrait session and propose during it, which was an awesome idea, since there was no need for me to hide or be inconspicuous and possibly give away the surprise too soon. In January, Sandy asked if I could come up with some sort of gift card for her to give to Heather for Valentine’s day, saying that she had booked a session with me for them. Before I knew it, April was here and I couldn’t be more excited to be a part of such a big moment for these two!

The day before the session, the forecast was looking very gloomy, with rain all day and thunderstorms during the time we were supposed to shoot. Sandy had arranged all of their closest friends and family to gather for a surprise dinner for them post-proposal, and there was no rescheduling at this point, no matter what the weather decided to do. So it was time to come up with a backup plan. The backup plan would be going to the restaurant and capturing Sandy proposing to Heather in front of everyone as they walked in, which would give away the surprise immediately and not quite have the same feel to it as what she was hoping for, but it would do.

Friday morning rolls around and it’s actually really nice out. I check the forecast again, and the rain isn’t supposed to start until 6:00 and even then it’s only a 40% chance. I called Sandy and asked if she still wanted to give the original plan a go, and bump it up a bit so we wouldn’t have to worry about the rain.

Her answer was YES!

That wasn’t the only yes we got that day :)

I’m also super excited that my good friend Lee from Clickspark was also with us to capture their proposal on video, under the guise of being there to do a promotional video for my business. Sandy thought of everything and it was truly amazing to be a part of!

We started off the session with them in their rival football t-shirts! Their basement is all done up in Redskins vs. Cowboys. One of these photos would make a great addition to that room! 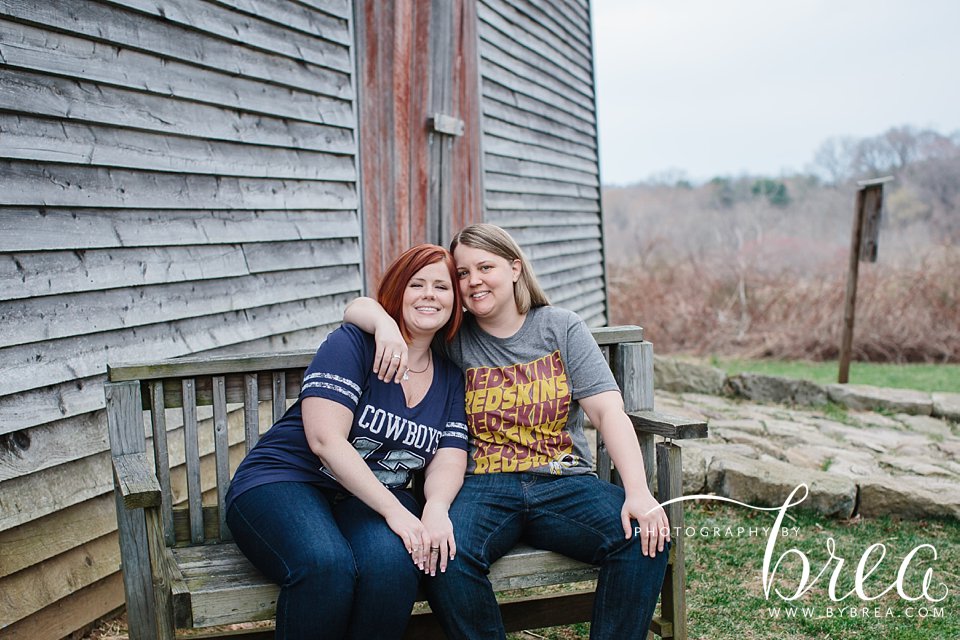 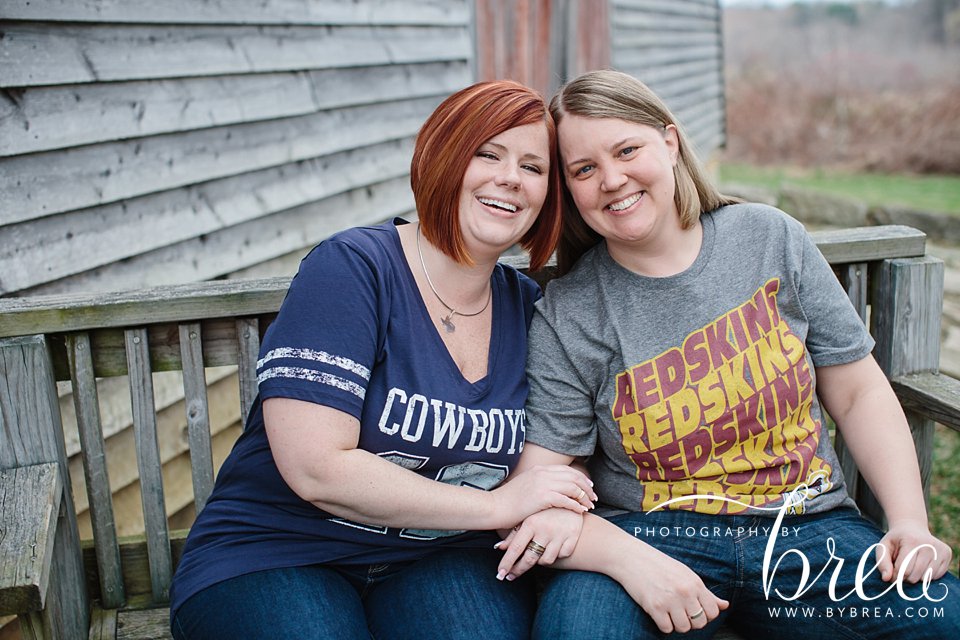 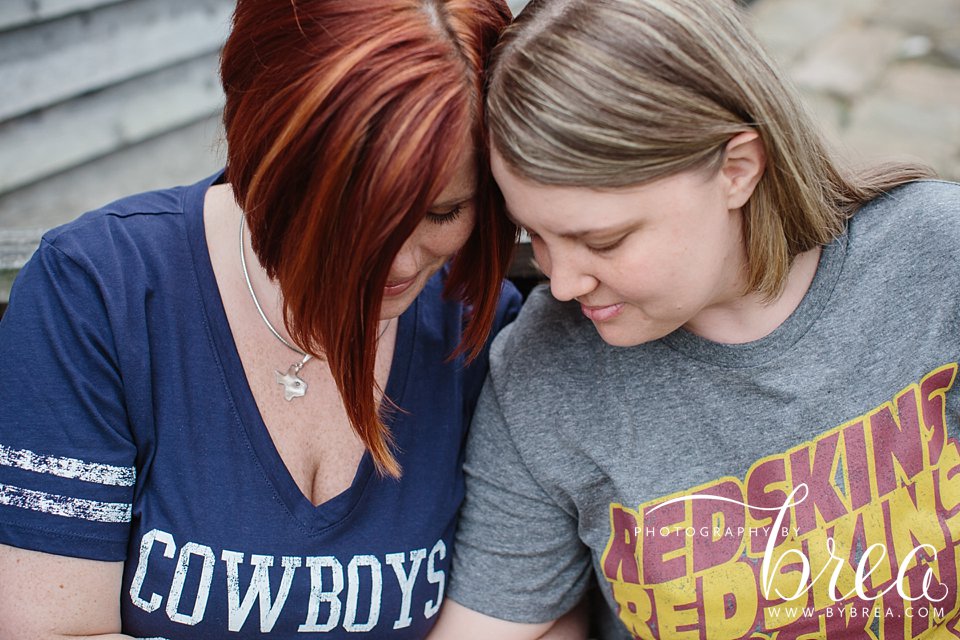 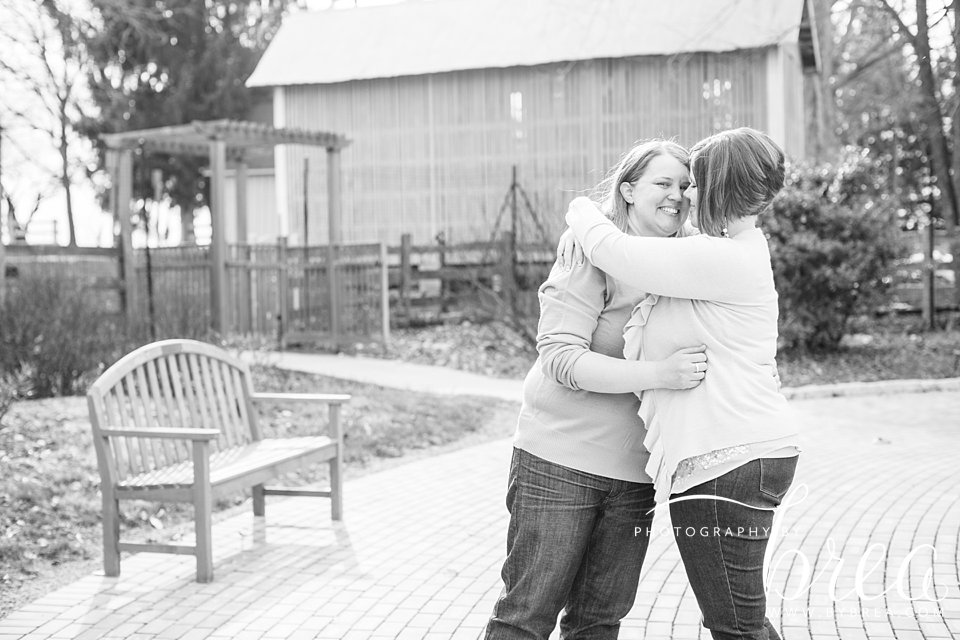 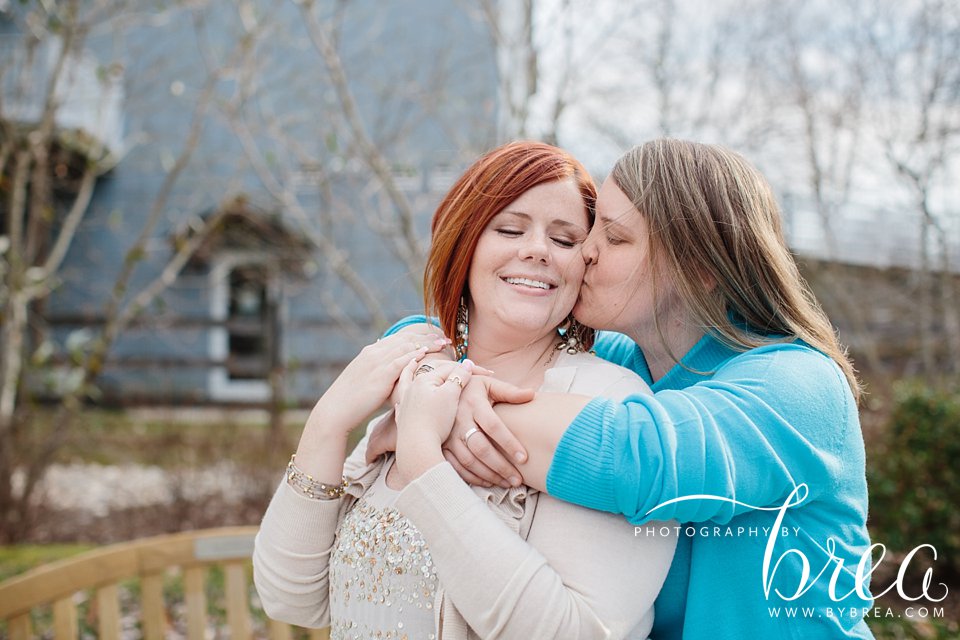 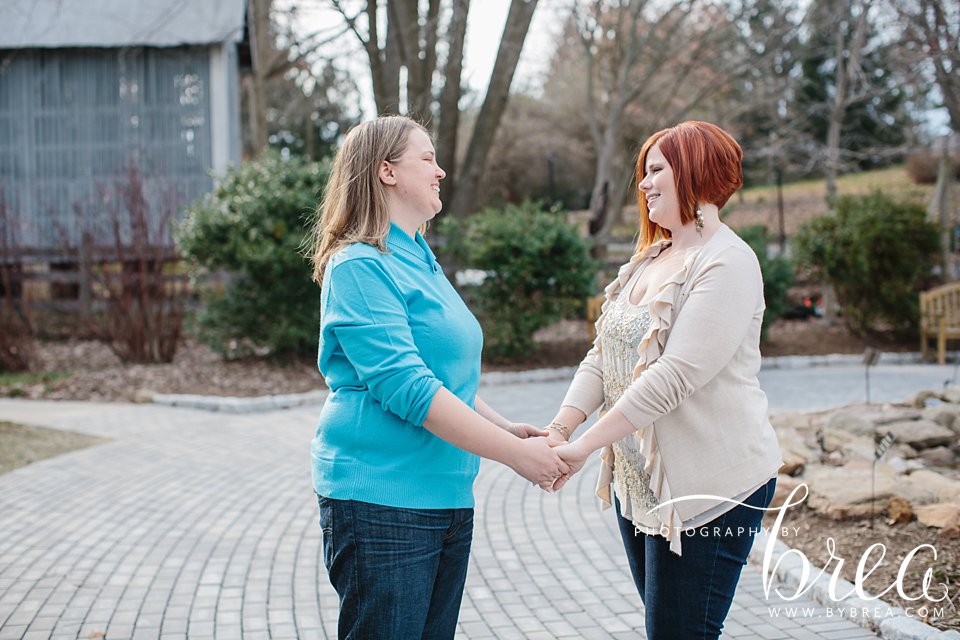 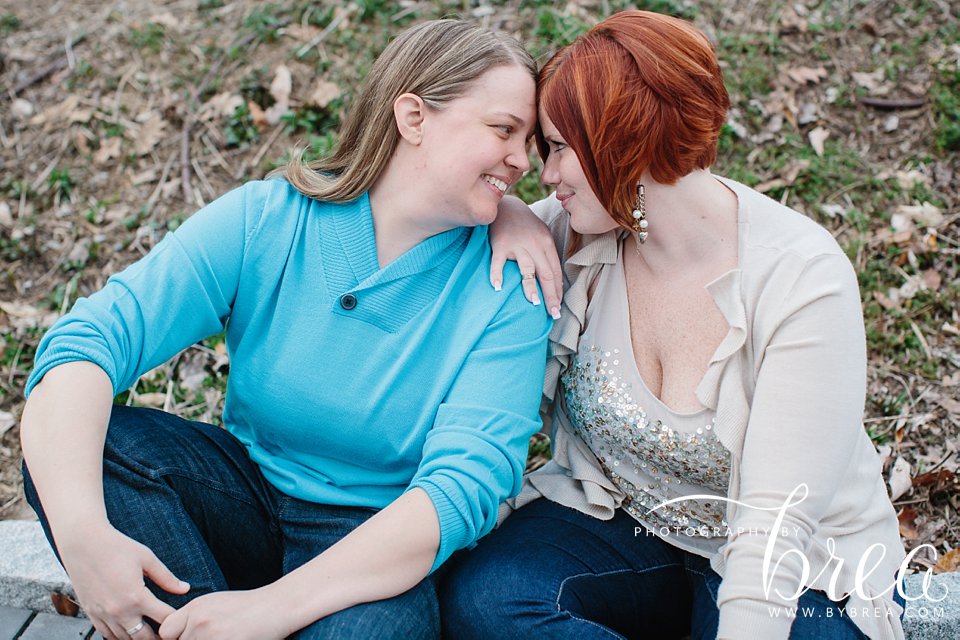 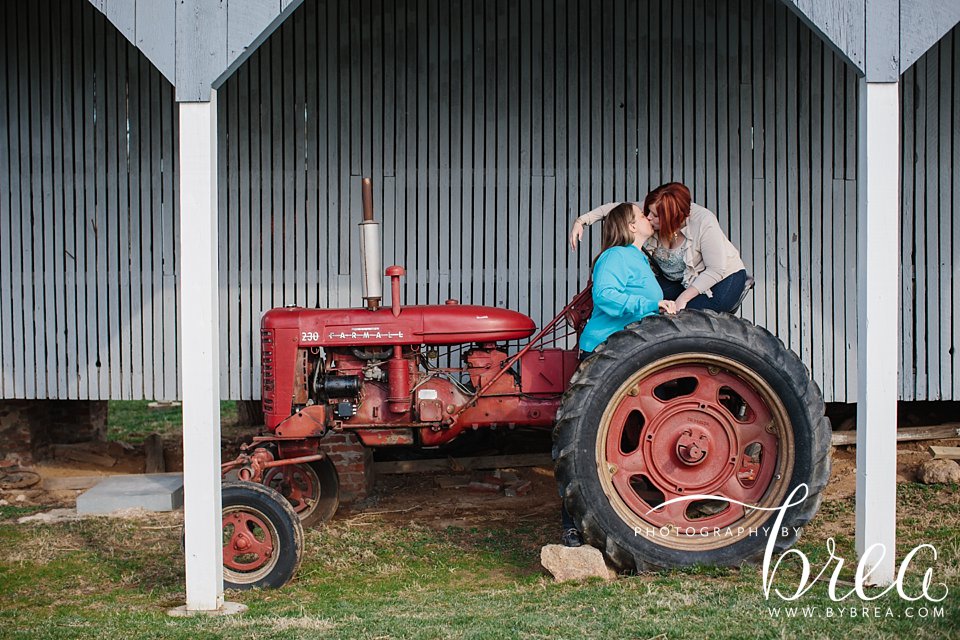 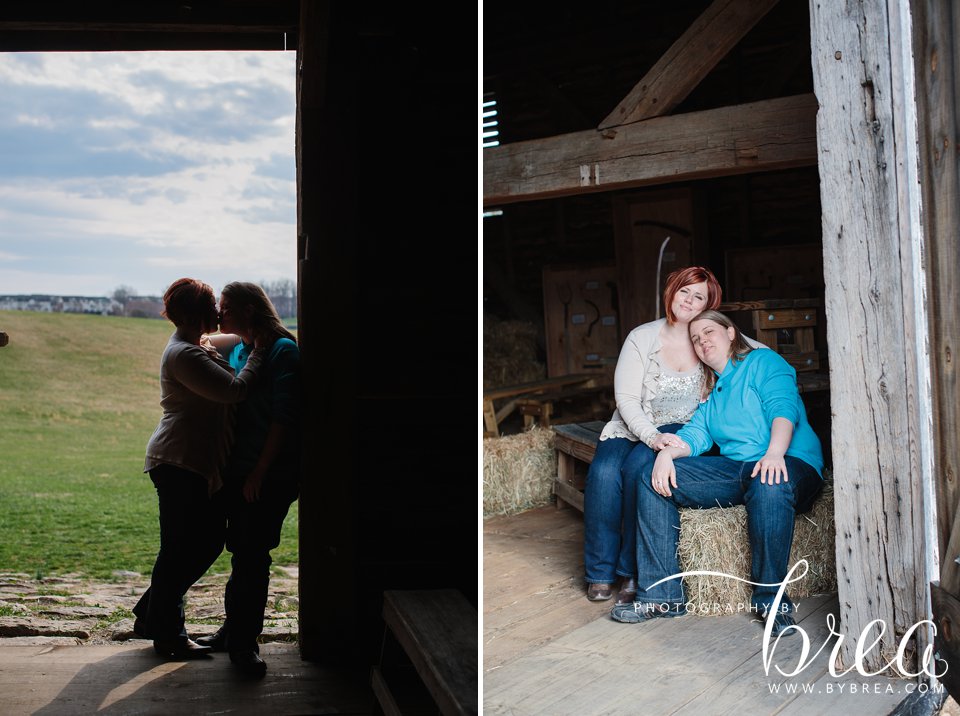 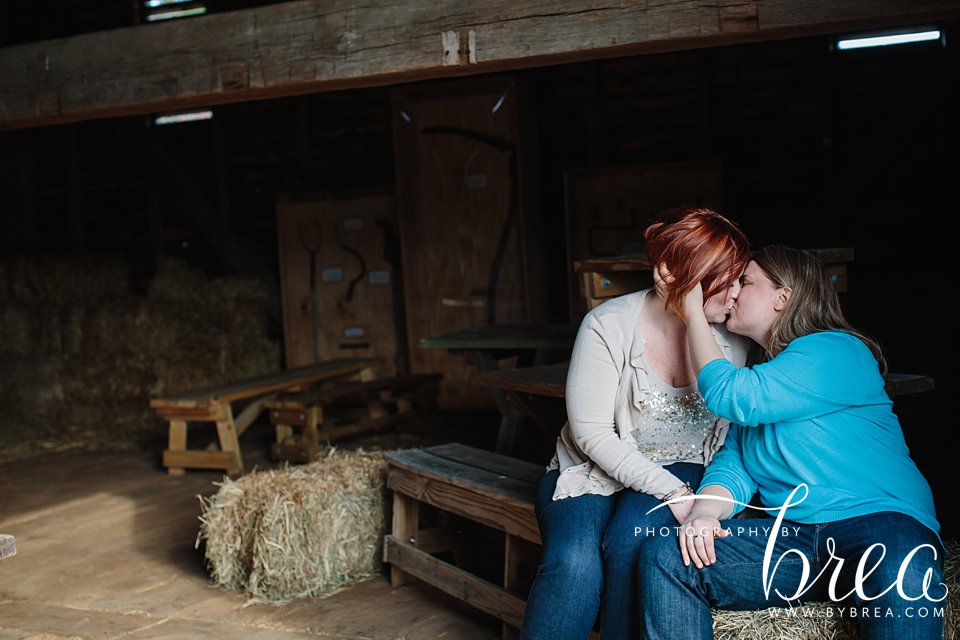 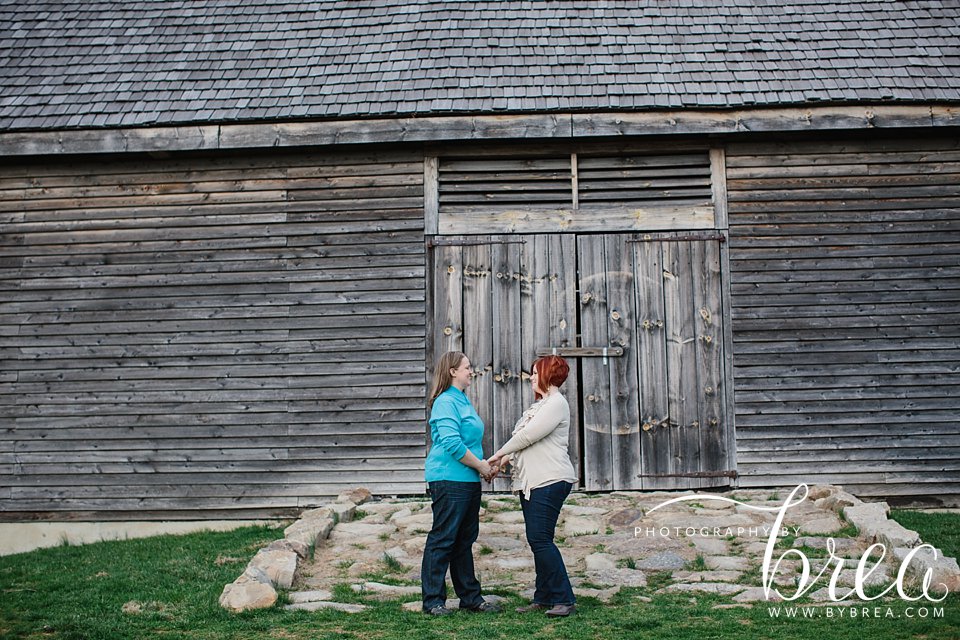 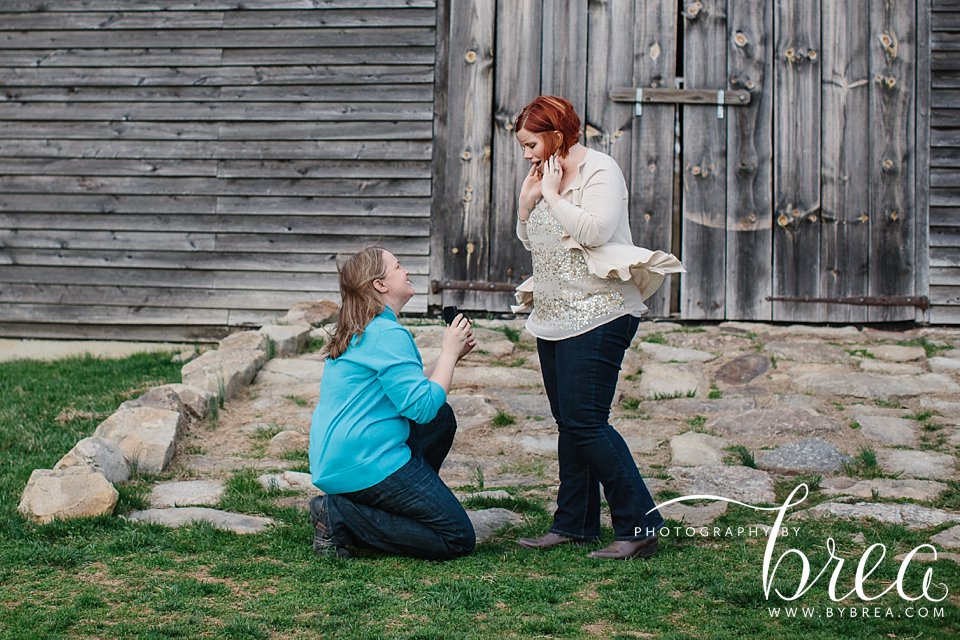 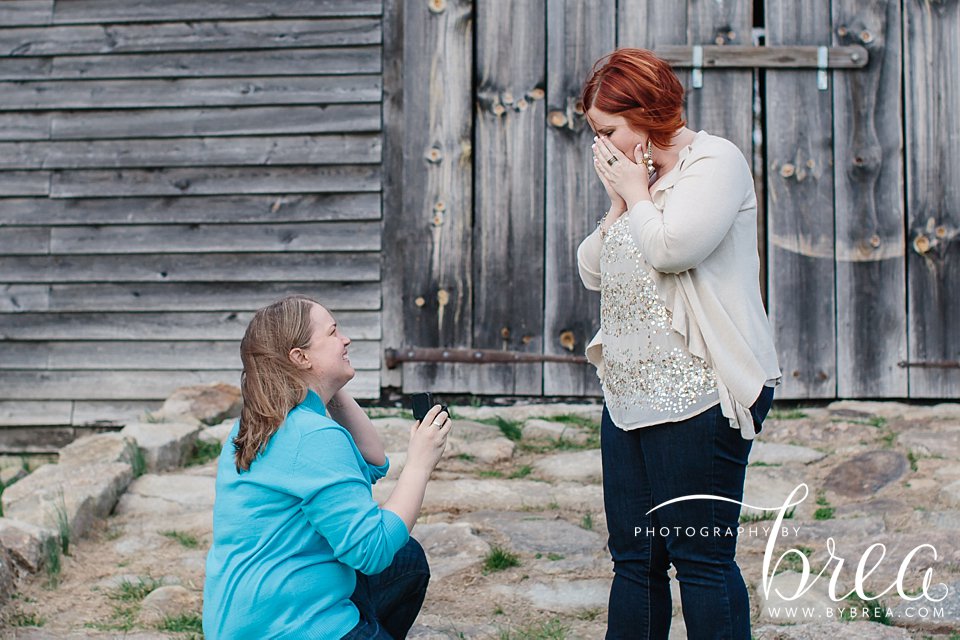 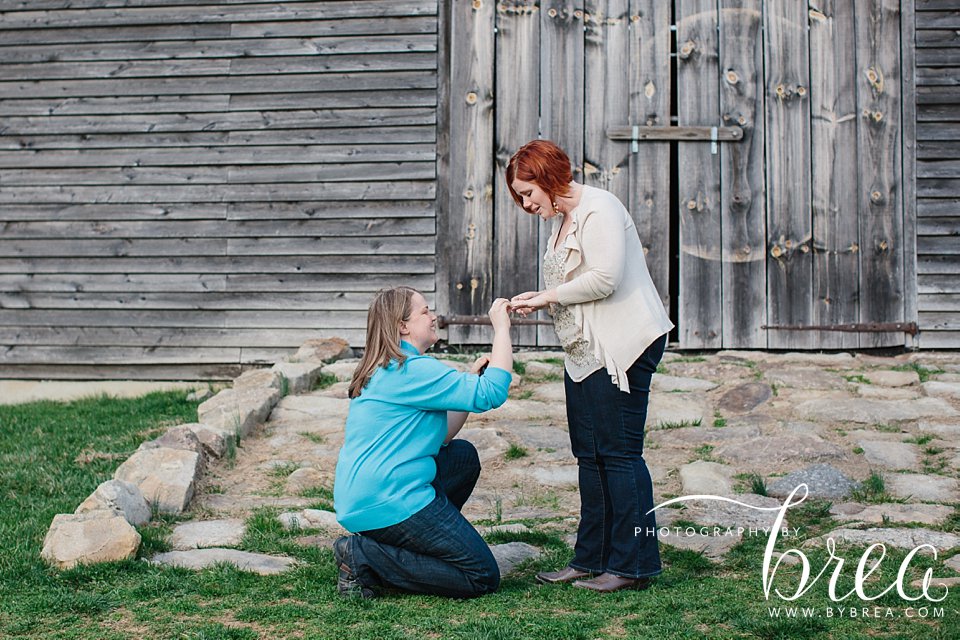 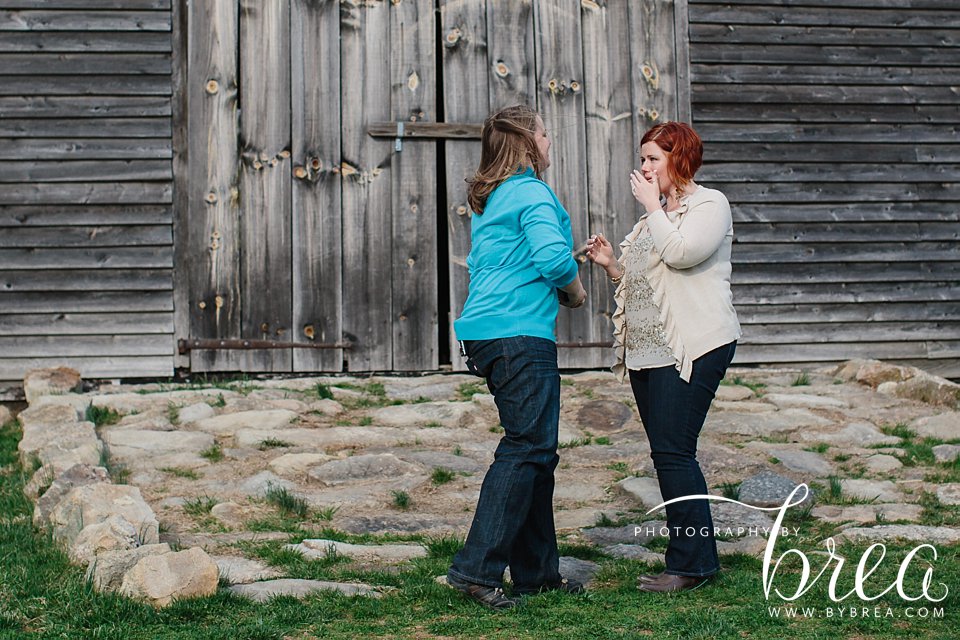 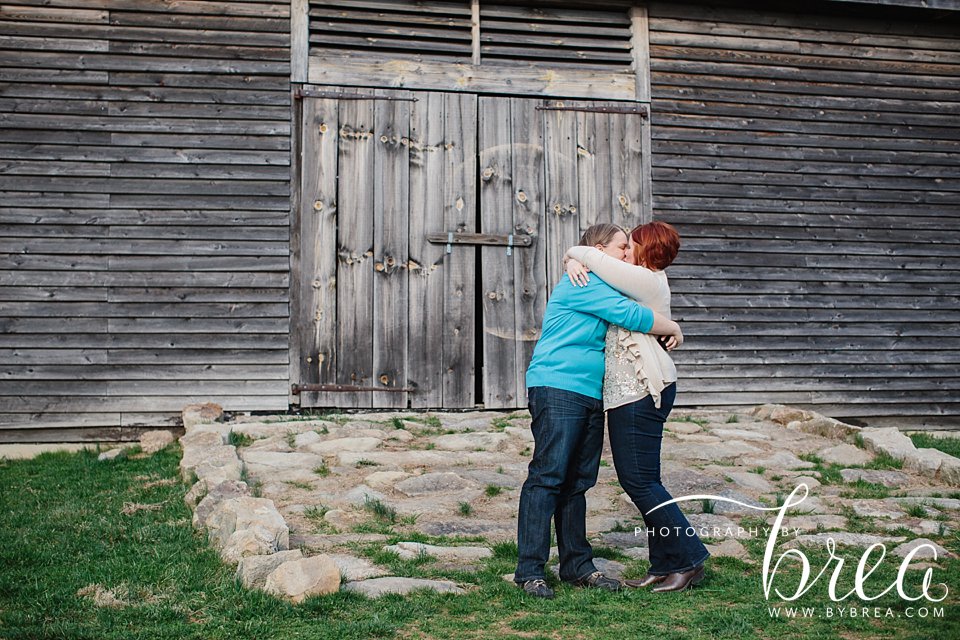 This is after Heather asked Lee and I if we knew, and she laughed :) 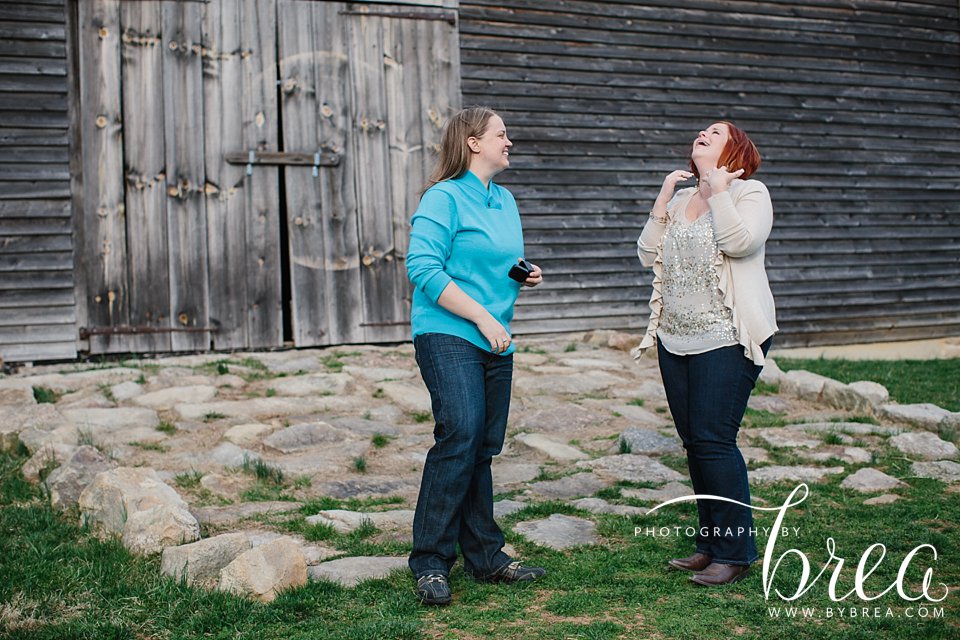 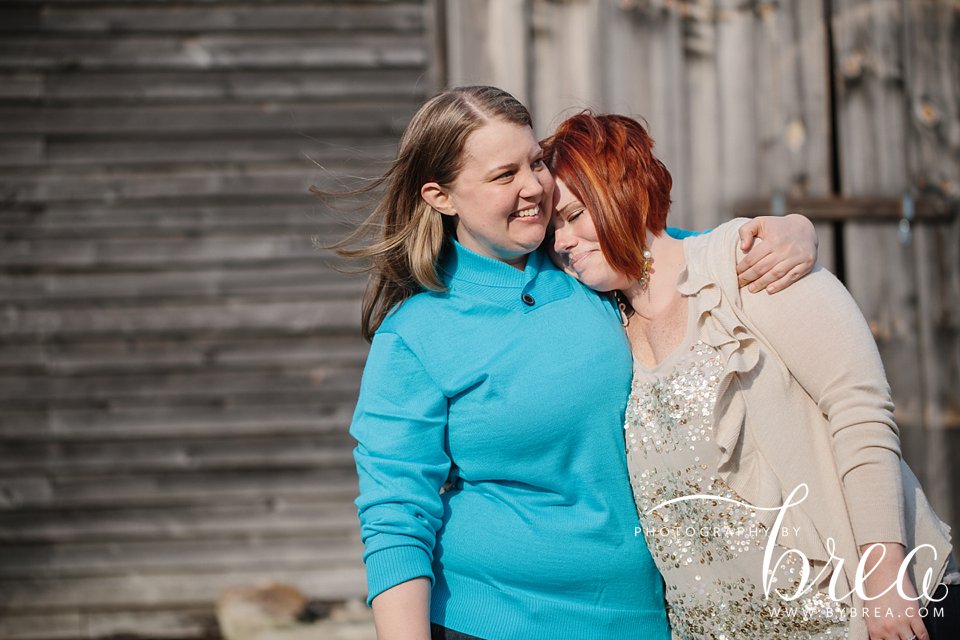 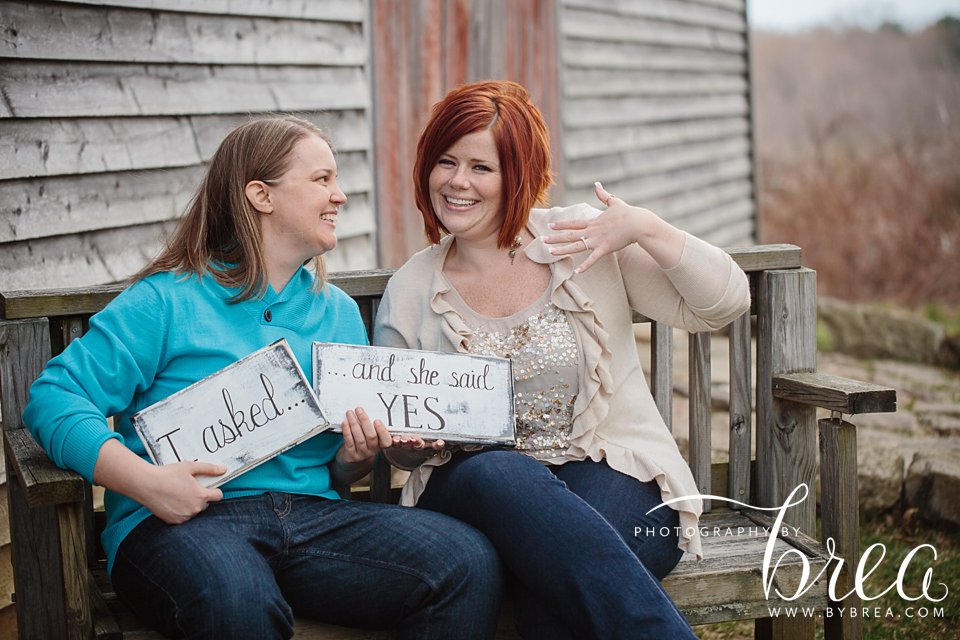 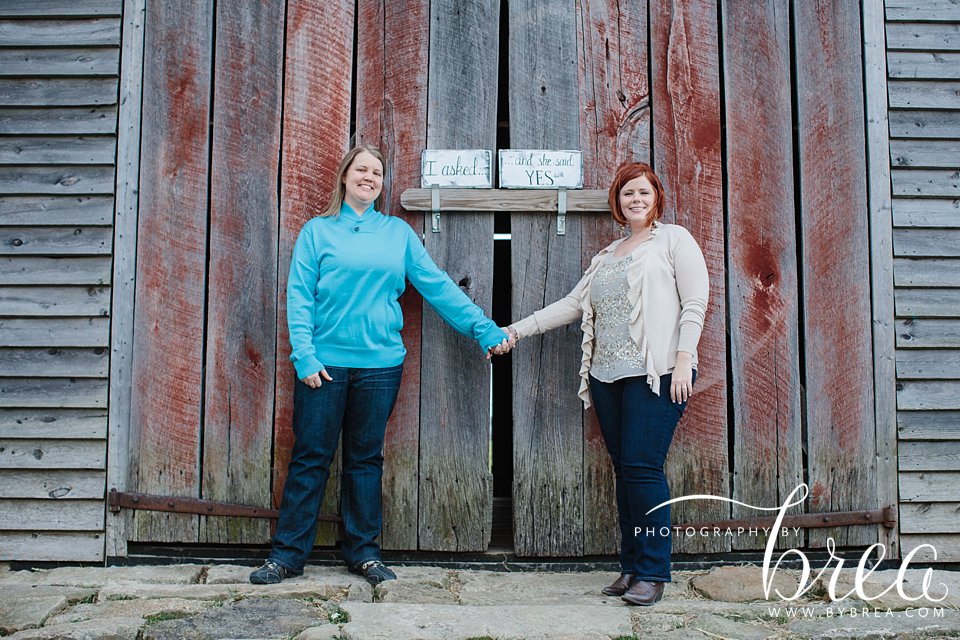 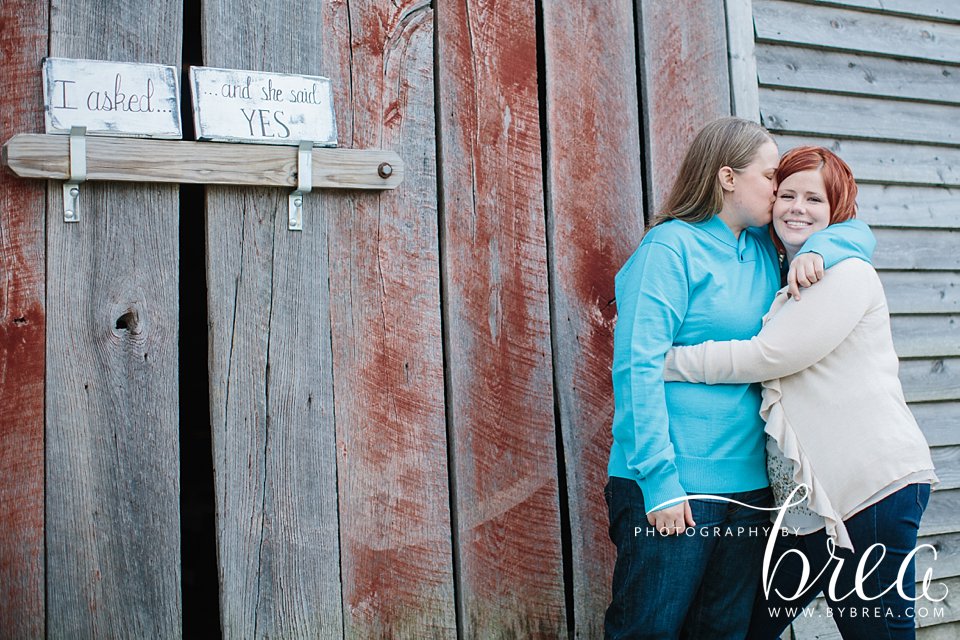 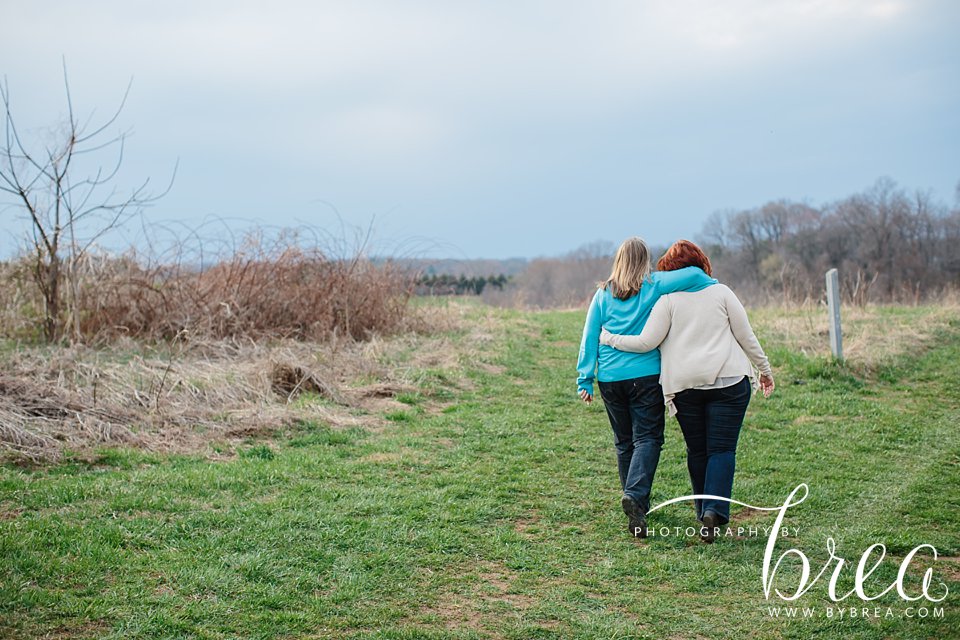 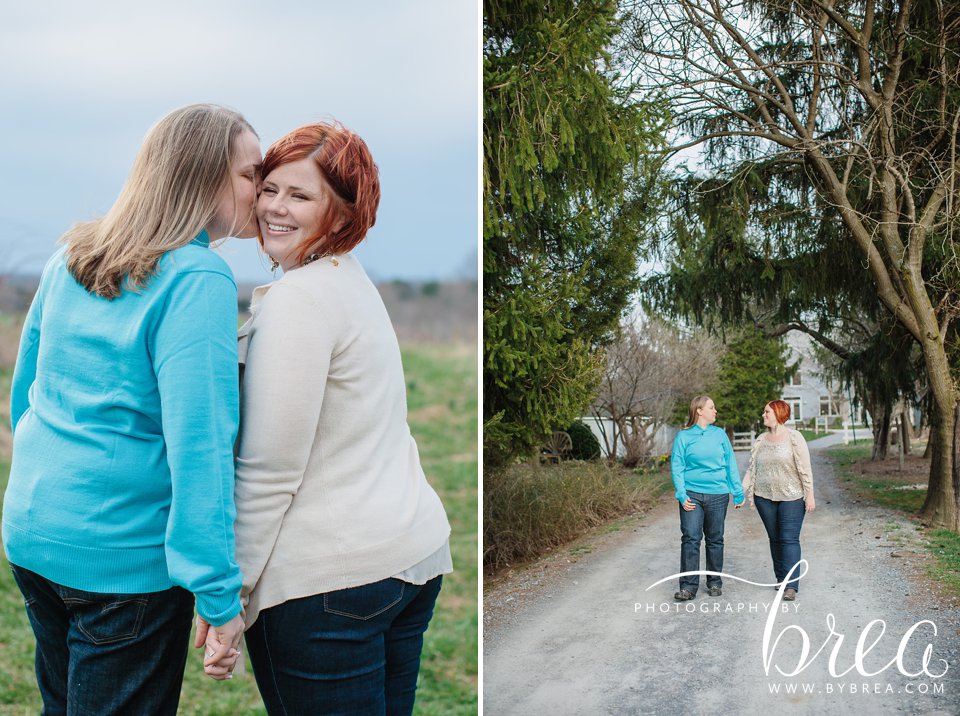 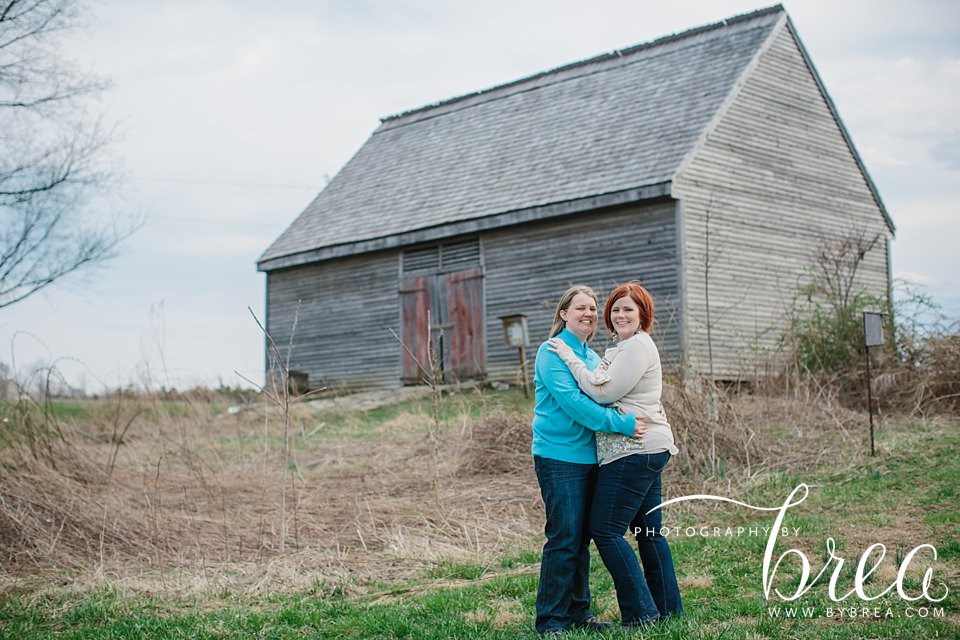 And to end the post- some shots of the RING! It’s so beautiful!! 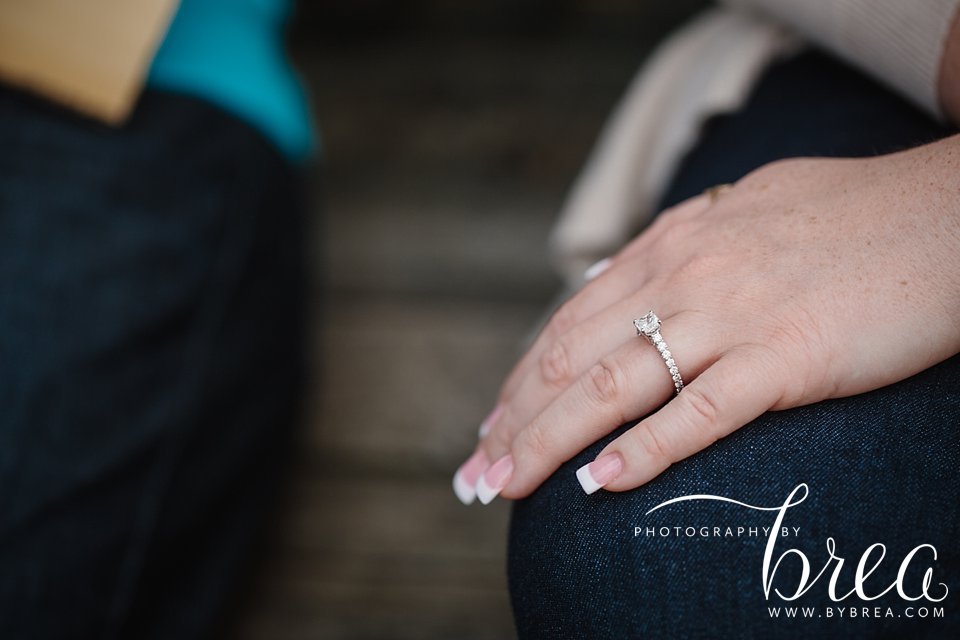 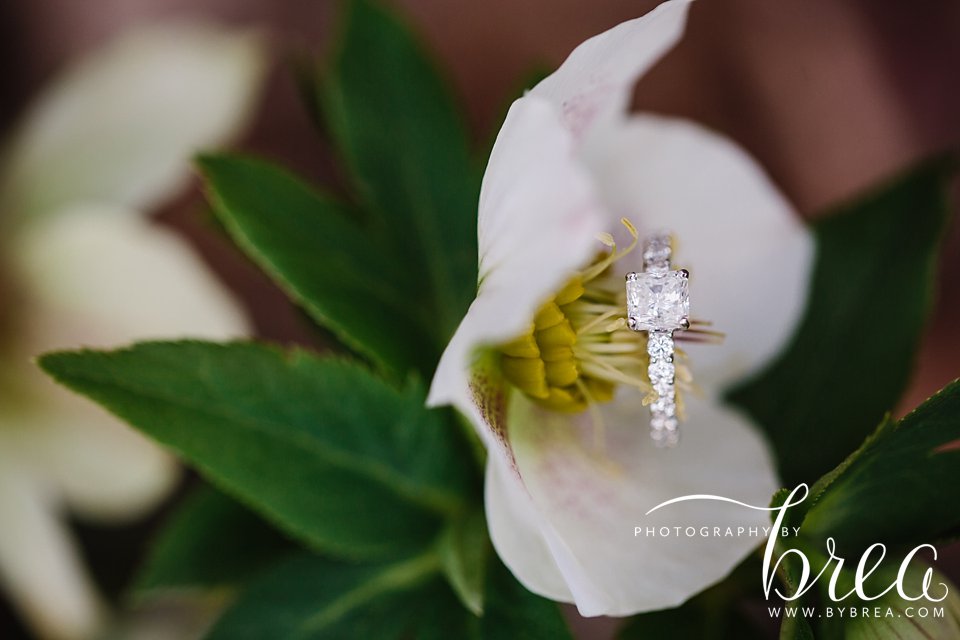 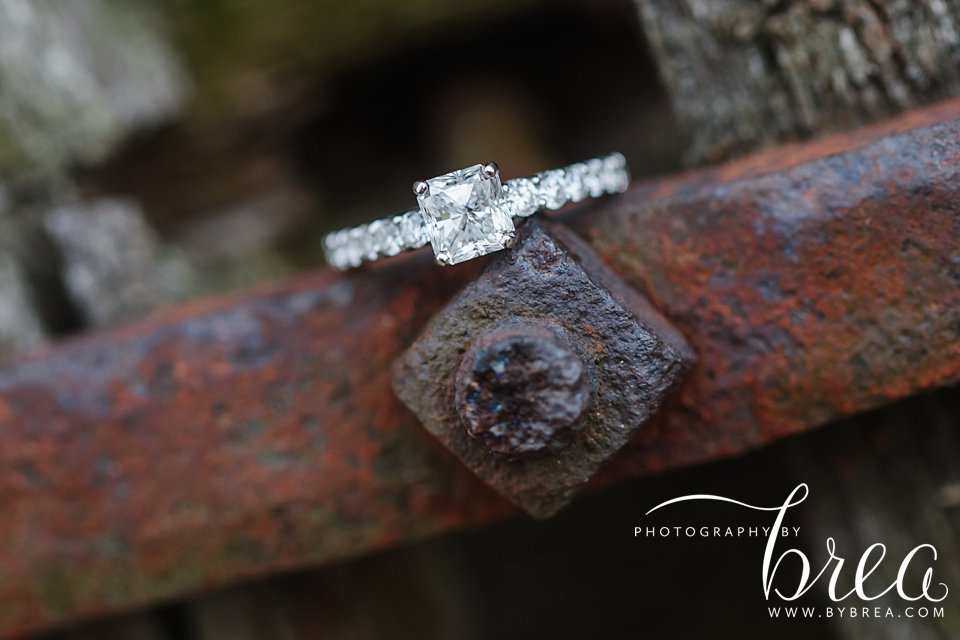 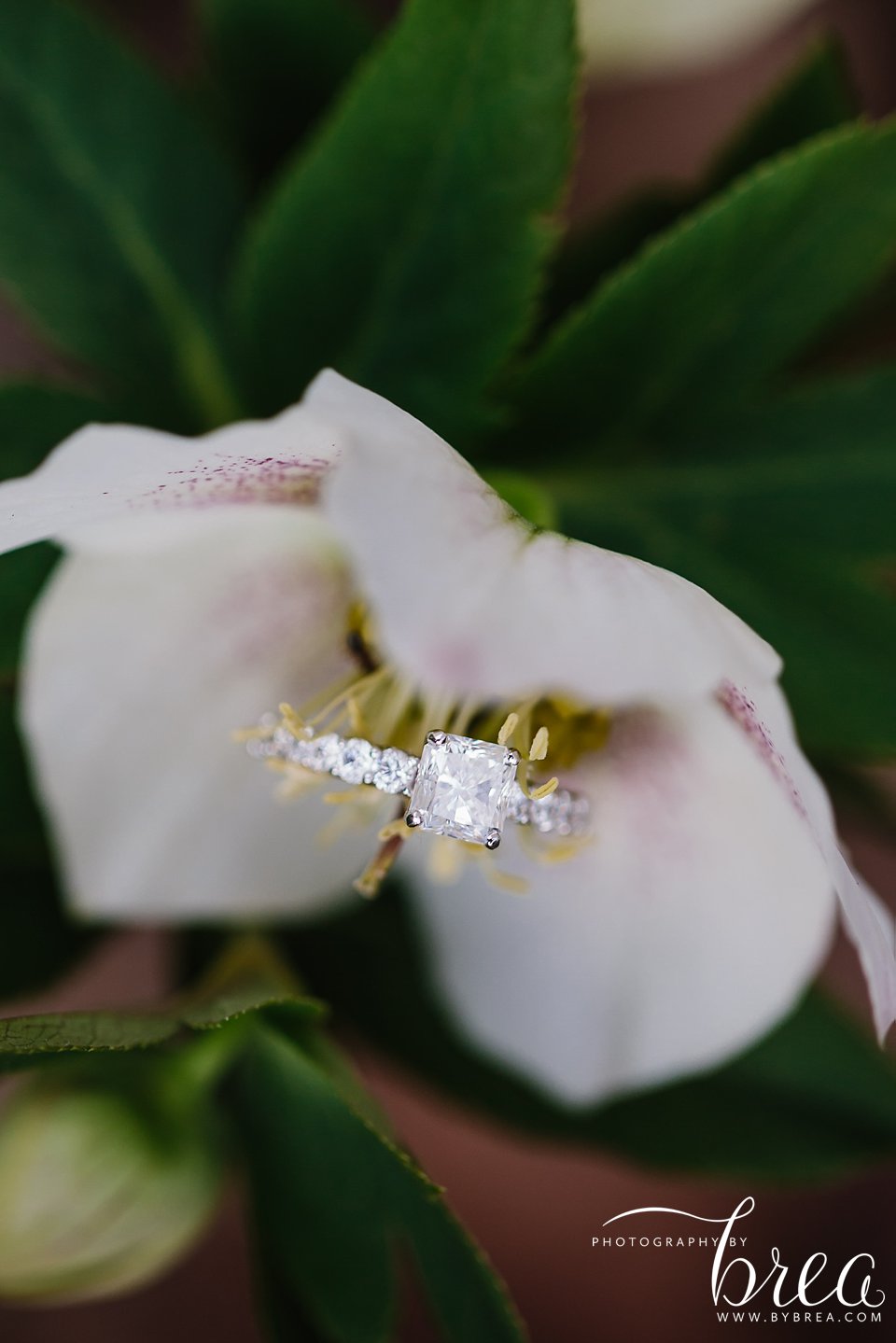 Congratulations you two! I’m so excited for you and I can’t wait to watch your wedding plans unfold!